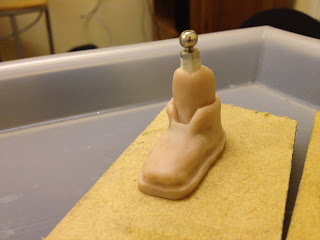 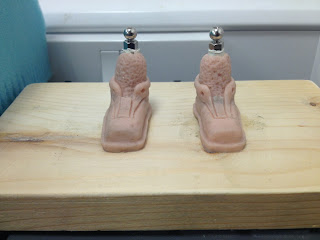 Similarly to the hands, the feet are going to be cast in plaster, and then in latex. This will create a longer lasting foot. But in the same way as the hands, anything I sculpt will be destroyed in the casting process. With this in mind, I didn't want the feet to be too complicated in their design. Also, even though you won't be able to see the ankle in the final shot, I have chosen to cast the start of a sock as well just incase the trousers ride up mid shot.

The most difficult part about both hand and feet sculpting is making sure they match each other. 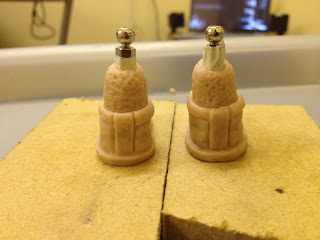 In order to make this a little easier, every time I took a piece of sculpey clay whilst making one foot, I set aside a similar sized piece for the other foot.
Also, another pro to making the feet a simple shape is that the shoe will then come out of the cast a lot easier. The metal of the armature will also work as a lock piece in the plaster cast, meaning the armature will slot back into the cast in the exact same position 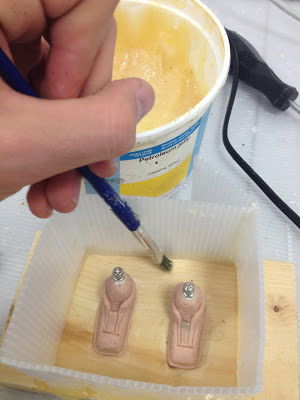 In order to make sure the plaster didn't stick down to the wooden base, Petroleum Jelly (vaseline) was applied in a thin layer around (but not touching) the shoe sculpts.
Plaster was then mixed, using approximately 1/4 water to the full amount you want to make, plaster is then added until it is the consistency of double cream. As the feet are only a 1 part mould, it is quite a straight forward process, compared to the hand moulds (I will get on to that soon). The mould is then left for around one and a half to two hours until it has solidified and cooled..... 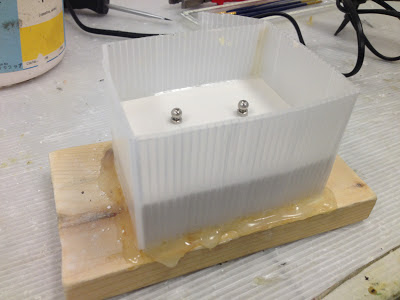 This is the result! incredibly happy that there are no air bubbles in the plaster, as this would result in an inaccurate cast (it could be rectified if only minor using miliput). The plaster is a little thin I think, the next few that I cast will be slightly thicker. The next stage of this process is to paint a few layers of coloured latex onto the mould, and then applying to a foam padded armature so as to retain its form and not waste latex. 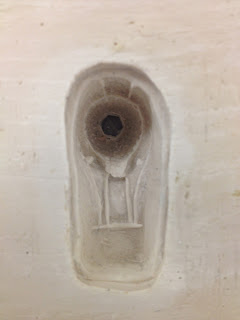 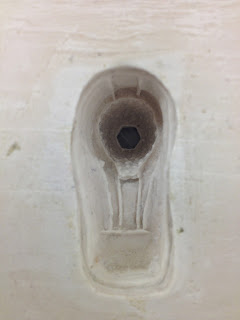 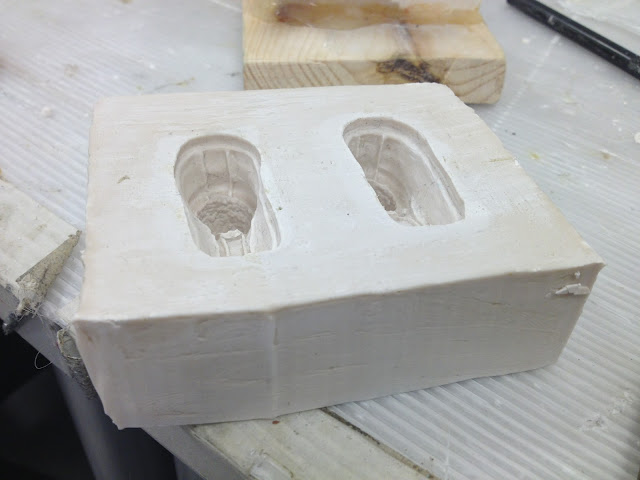 Unfortunately, my sculpey shoes didn't make it... but thats fine as the mould has allowed me to make any amount of sculpts of them as i wish! 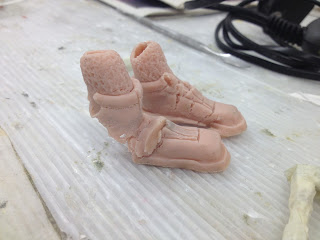