Finally getting some work done

Time to do some work again! its been far too long since i've animated anything and over summer my main goal is to get some nice animation through a basic armature. 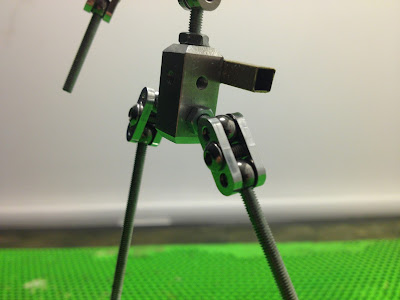 SO, i took my armature from those lovely people at Malvern Armatures (with the professional ball joints) and added on some rigging points. In the past its definitely been more of an after thought to get rigging points put in but this time i've chosen to get it all right from the start. So each of the three rigging points are notched on the top surface which corresponds with a notch on a smaller piece of K&S which can lock in place when needed. 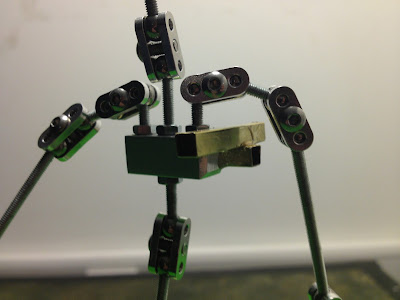 I've also knocked together 2 pairs of hands so that if anything breaks during animating I can just throw another pair on. 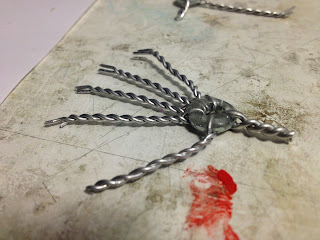 I still need to add some hot glue as a palm for the hands so that he can hold things.

I then bulked him out with hard yellow foam (fire place insulation) on the chest, hips and head and hey presto, he looks borderline human! i'm not 100% happy with the head, I dont think it has enough depth, looks a little thin from the side BUT thats all detachable as well so i'm going to animate a little and then see what it looks like.

Thats its for now, hopefully have some tests up by next weekend. 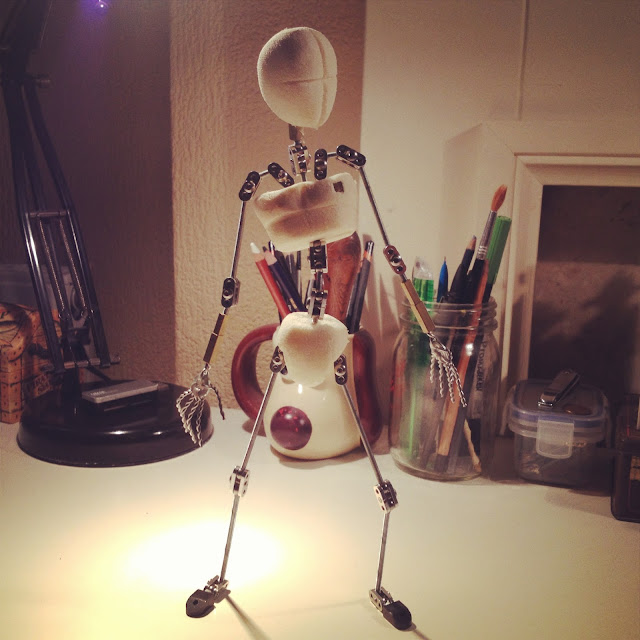 Posted by James Carlisle at 18:36 No comments: