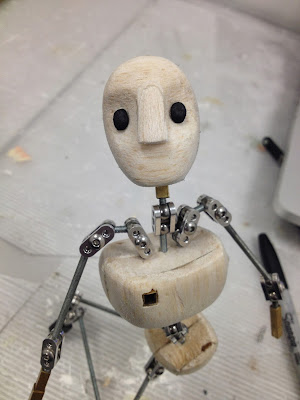 Back to uni and starting third year with a mime/after effects project. Started by upgrading my summer armature from hard foam to balsa wood. Just to make sure it would survive the animation process. I also made about three pairs of spare hands just incase fingers/wrists broke 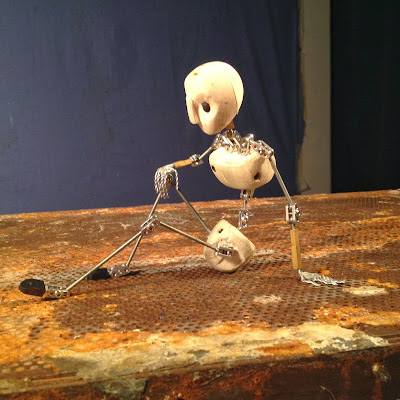 In the past, there were separate briefs to do a mime, lip sync, and after effects project that don't link to each other at all. But this year they've all been thrown into one. So the after effects we learn directly influences what we chose to animate. 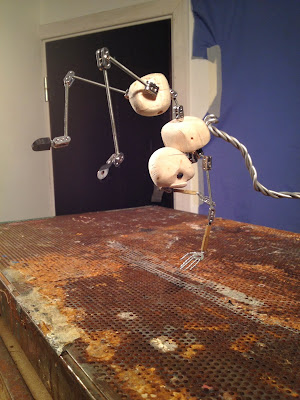 With this in mind, the basic premise for my mime piece is that my character is hit by some sort of meteor, stumbles around and unfortunately, dies. He then sits back up as a Paranorman/Ben Whitehouse inspired ghost, and floats up and around his body. 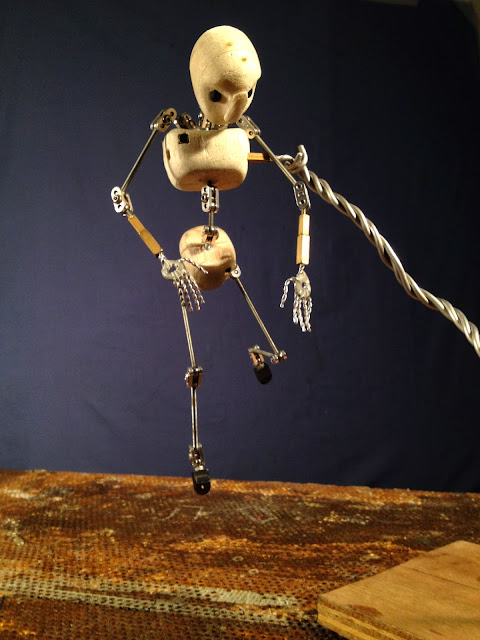 I now have all the raw footage from filming, which has been ridiculously stressful and tough at times but i'm happy with the way it looks. (if you want a sneak peek at how its looking then click on the 'Instagram' tab at the top of the page. Otherwise i'll upload a full video, start to finish with all tests when i've added after effects.)

I have two weeks to add all the after effects to it and i'll post some screen shots from that next weekend. 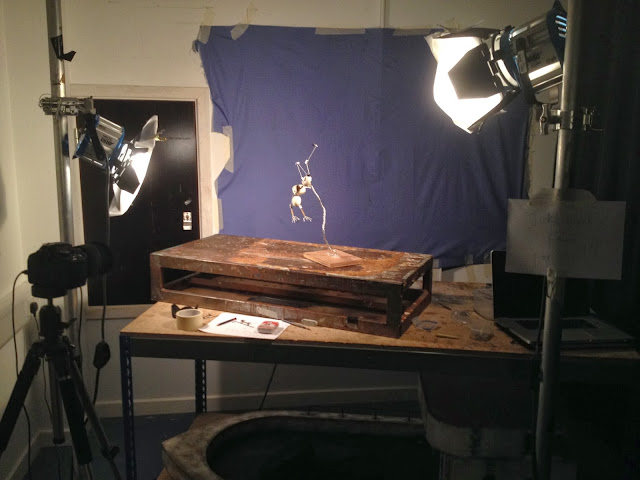 Posted by James Carlisle at 10:37 No comments: