Recently we've been asked to put together a 'sound pitch' to be presented to the music students at uni so we can get specific royalty free sound effects/soundtracks for out films. The following is my sound pitch, its a little over 5 minutes and the most of it is me rambling on about what sort of sounds I want for my film, BUT hidden in there is my final animatic (give or take) for my minute and a half film.

If anyone just wants to see the Animatic, skip to approximately 1 minute in

Fishing for the Future sound pitch from james carlisle on Vimeo.
Posted by James Carlisle at 23:20 No comments: 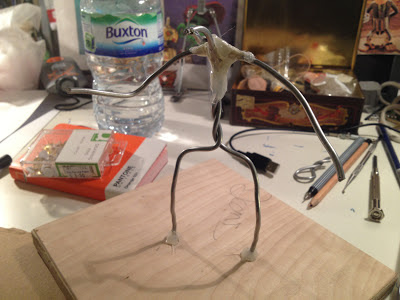 I wanted to build a maquette for Arthur for major project. I've played around with shoulder sculpts but never the whole character. I still wasn't sure how big i wanted Arthur to be either so this was a good way to make sure I was making him an appropriate size before I start thinking about an Armature. 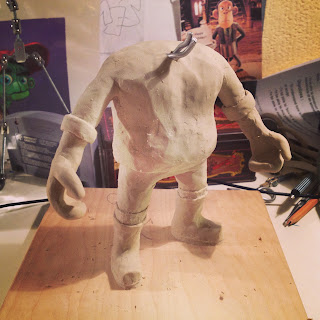 I should've taken more photos of the development of this, but got carried away sculpting. The legs and arms are solid plastercine and there is foil scrunched up for the core of the chest. 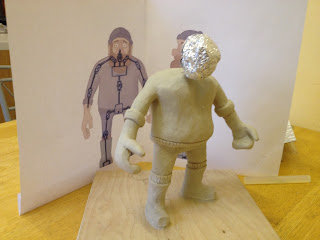 The head was a little more tricky, I had to core it out so it wasn't too heavy but then at the same time ensure the eyes were deep set enough. The head alone took far longer than the body arms and legs put together. I was going to sculpt hands properly but figured I'd wait until I was going to cast them. 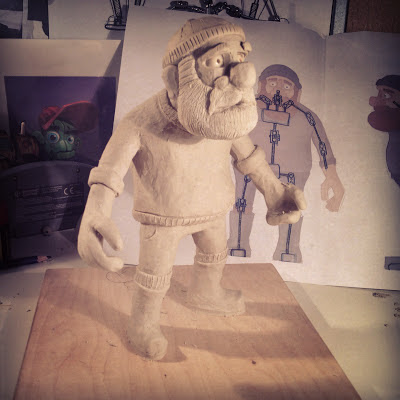 Once i'd finished the sculpt, I took photos from various angles and put them in photoshop. I left the original photo layer on "soft light" and block coloured underneath. Once it had all been coloured, I went back and added more tone and then various textures, hat, jumper, trousers, skin and beard.
Some more subtle than others. 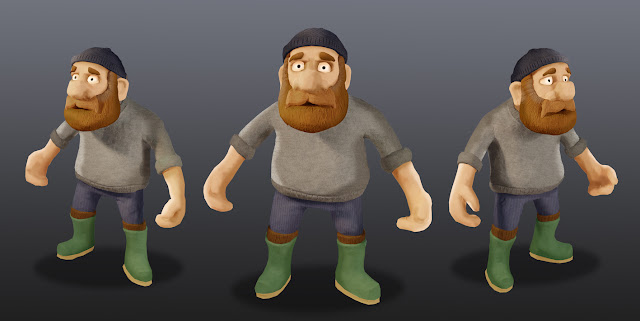 Posted by James Carlisle at 00:42 No comments:

Final turnaround for my character for major project. When it comes to build him he will become wider from the side view, which i'll change if i have time. Also the legs are a little thick on the 3/4 view.

Overall happy with the way he looks! Roll on making him! 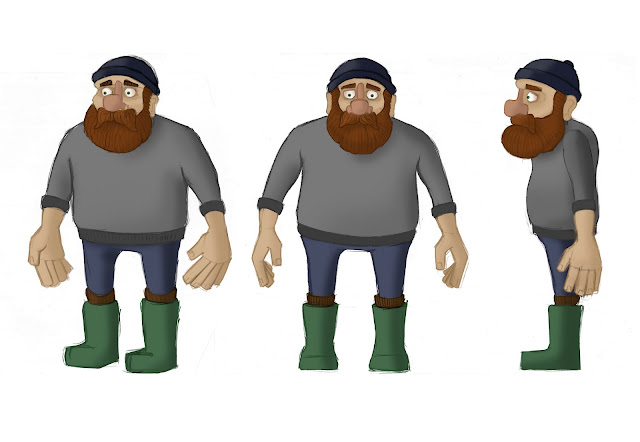 Posted by James Carlisle at 20:13 No comments:

The whole point of my film this year will be the surprise at the end SO if you don't want to know what it is for some sort of moralistic reason then i probably wouldn't look at my blog for the next..... 4 months. 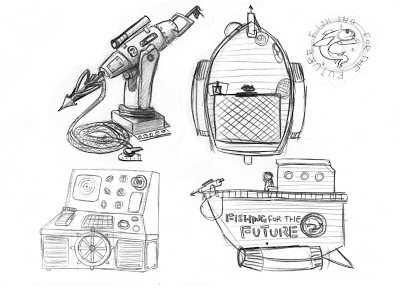 Don't really know what to put on here when designing stuff but that'll all be handed in on Wednesday then on to the building!

This film'll be without a doubt the biggest thing i've ever made. I've got a couple of sets planned as well as a boat and a MASSIVE whale as you can see below.  I wanted to give the whale a futuristic look, hopefully giving it a "spaceship from A Grand Day Out" finish. Below are the whales i looked at before deciding on a sperm whale look. At current I have no idea just how big its going to be. 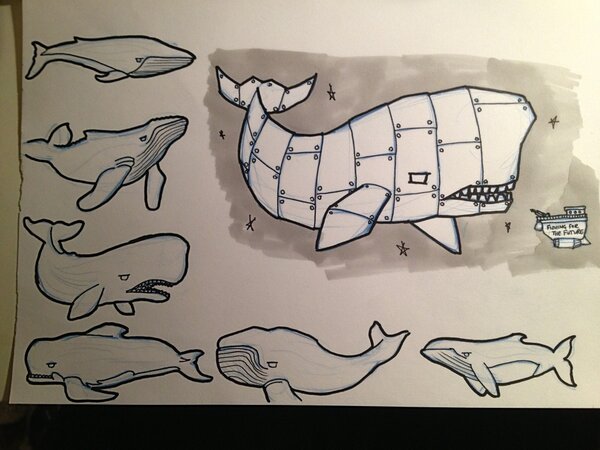 Posted by James Carlisle at 23:37 No comments: