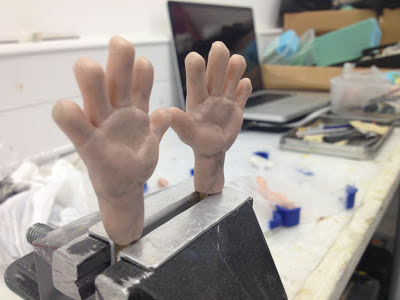 On the last post I did about hands, they were at the stage of the photo above. (links to the first and second part of the hand making process can be found here Part 1, Part 2)

The next stage takes a LOT of time and patience. The hands will now have to be moulded up to the half way point in plasticine or ideally clay. Not having any clay though, plasticine would have to suffice. The hands have to be half submerged into the plasticine with a flat surface 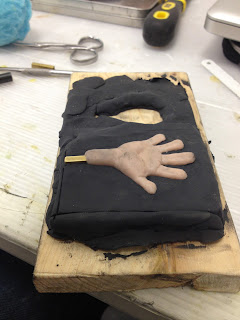 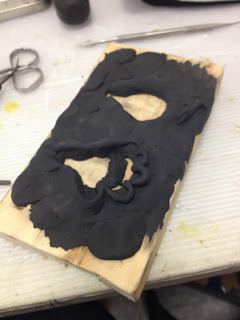 Firstly, I shaped the basic form of my hand into the plasticine, the longer you can keep the plasticine mould and sculpey hand away from each other the better! It is also a good idea to put your sculpts into the fridge/freezer to solidify them so that the plasticine when warm/room temperature can be moulded around, not onto the sculpt.

It is then a lengthy process of taking the hand on and off the mould until the basic shape around it has been formed. Not committing to placing it fully in until I am sure it is the correct basic shape, as this mould will have to be water tight to the sculpt. 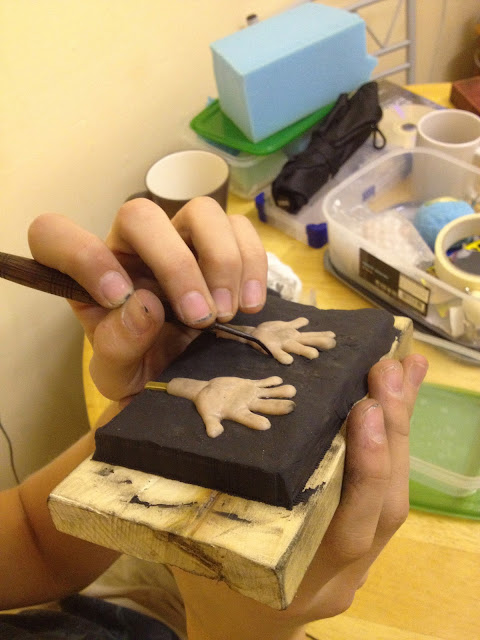 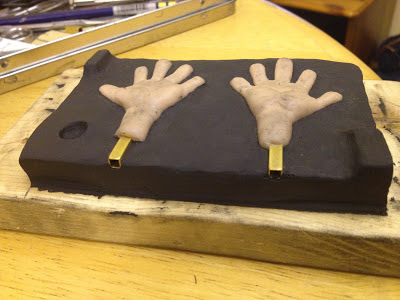 Once this is done for the two hands, the edges are trimmed using a something like a metal ruler or equivalent, making sure to cut the bottom edge on the K&S so that it sits on the edge of the mould. Notches or "Keys" are made in opposite corners so that the mould will lock together perfectly once the hands are removed. 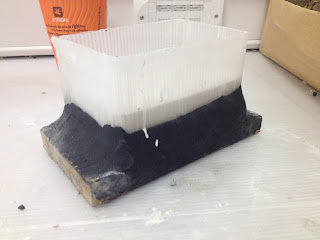 I've skipped a few stages here, but thats just down to my poor photo taking skills. In short, walls are made around the mould in the same way as the foot cast (Link here Feet production) But this time, I didn't stick the base of the walls to the wood. The reason for which will become apparent soon. Instead, I made it air tight using a LOT of plasticine. 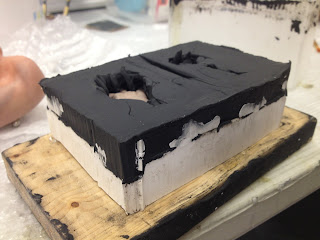 Ta da! Once the plaster is set and cooled, the plasticine is taken off and the walls (which were Vaselined) simply slide off of the mould. 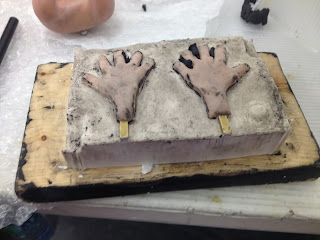 Luckily, the plasticine came off a treat! give or take a few pieces stuck inbetween the fingers. With some time spent generally cleaning up the mould and removing as much excess plasticine from the sculpey clay without moving the mould or damaging it in any way, and reapplying details such as finger nails, I was ready to take the walls from before (recycling eh!?) and place them back onto the plaster mould half. A "clay fillet" was added around the edge to stop any plaster running down the edge, and a small notch piece was added onto the bottom edge between the hands in order to place a screwdriver in to pry the pieces apart if necessary. 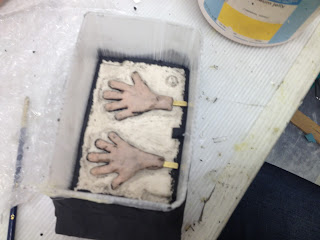 And then, repeat the same process with the plaster. 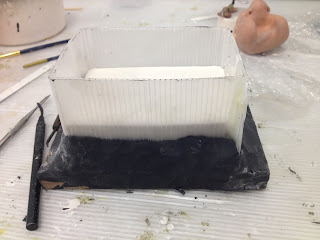 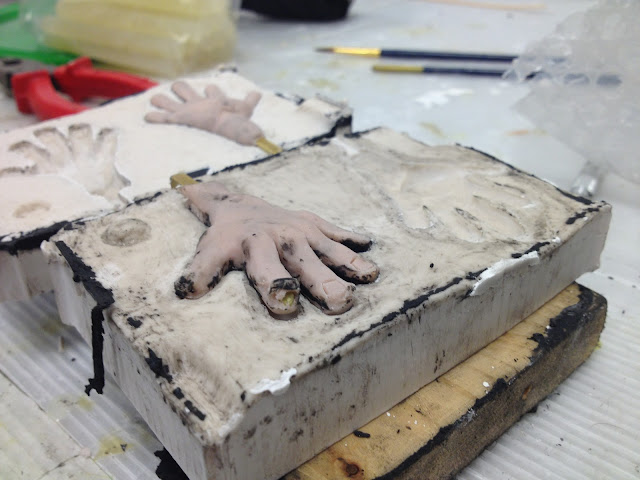 RESULT! Although not perfect, My hand casts have come out better than I could've hoped for. There are a few air bubbles (which can be filled with Miliput) on the top half around the tight gaps between the fingers but other than that its gone really well! Its now just a case of cleaning the surface of the plaster with lighter fluid to remove any excess plasticine and i'm ready for latex casting! 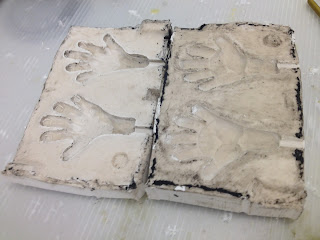 In a slightly depressing way, my hands survived the casting process. Which you'd think would be a good thing! but now i've got the painful process of pulling them apart in order to get to the armature inside. 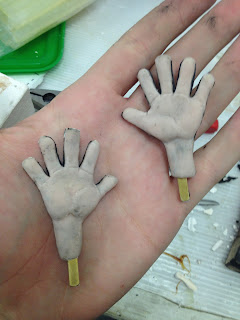